The Pope, Doubleday and the Double Mind

"In Italy, journalists have intrigued by the irony: A new book by Pope Benedict XVI (bio - news) will be brought out in the US by the same publisher who gave us 'The Da Vinci Code.'"

And it was the Judaic Stephen Rubin, President of Doubleday and the Judaic Doubleday Executive Editor, Jason Kaufman who launched the nobody, Dan Brown and his Gospel mocking scribblings into the stratosphere:

(Dan Brown's books) "Angels and Demons" (2000), and "Deception Point" (2001), were published by Pocket Books, a division of Simon & Schuster, with (Jason) Kaufman as editor. Kaufman says the three books together sold perhaps 20,000 copies, most of that accounted for by "Angels and Demons."

"The first thing Jason did when he came (to Doubleday)," says (Stephen) Rubin, "was say, `I want to bring in a writer named Dan Brown.' We said, `Who's Dan Brown?' He had a proposal for a new book, we loved it, went back and read `Angels & Demons,' and made an offer." The proposal would become "The Da Vinci Code."

"We knew we had something exceptional," Rubin says.

Ignatius Press would have featured the Pope’s book alongside other works by Joseph Ratzinger, and dozens of other books by orthodox Catholic scholars. Doubleday-- a division of the Random House publishing empire-- will put the Pope into a catalogue that features not only 'The Da Vinci Code' but other such unseemly titles as 'The Catholic Girl’s Guide to Sex' (a book that tells how to “enjoy your inevitable fall from grace”) and 'Talk Dirty to Me.'

The Pope’s book, entitled 'Jesus of Nazareth: From His Baptism to His Transfiguration,' aims to eliminate widespread confusion about the figure of Jesus Christ. On the Doubleday/Random House list, it will compete with books that have contributed to that confusion, such as 'The Jesus Mysteries: Was the ‘Original Jesus’ a Pagan God?'

Other Doubleday titles which the Pope's book on Jesus will be catalogued alongside include David Klinghoffer's, Why the Jews Rejected Jesus: The Turning Point in Western History, and Opus Judei operative, Scott Hahn's books in which he peddles the Kabbalistic gnosis of a female Holy Spirit.

The Pope has plainly stated that he is involved in the process of building deeper religious relations between Catholics and Jews, that is to say, he intends to yolk Christians to the Pharisees. I'm exaggerating, you say? I think not. It is invariably in the presence of some high power rabbi or Judaic power broker that the Pope makes these statements. It's crystal clear who he intends Christians to build deeper religious relations with. It's certainly not the Old Testament-only Karaites. No, it's the Old Testament nullifying rabbis of the Pharisaic tradition.

The Vatican is engaged in the process of human alchemy. The Pope has plainly stated it. He's yoking light with darkness and he's thrilled to do so. How many can recognize the double mind being induced by the Vatican? 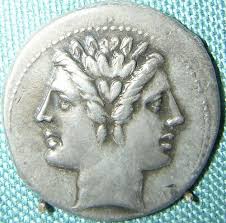 For what participation hath justice with iniquity? or what society is there between light and darkness? (2 Corinthians 6;14)

Depart from their tabernacles of the impious men, and touch ye not those things which pertain to them, lest you be enwrapped in their sins. (Numbers 16:26)
Posted by Maurice Pinay at 2:07 AM