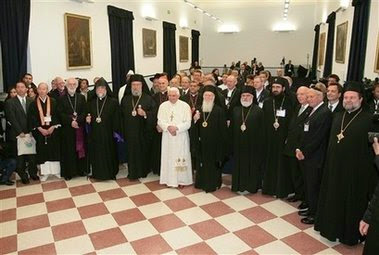 This interreligious summit was organized by a lay "Catholic" organization called Sant'Egidio.

The Sant'Egidio summits are meant to carry on the "spirit of Assisi" and were launched 21 years ago by John Paul II in the birthplace of Saint Francis.

The first summit, dubbed a World Day of Prayer for Peace, was attended by the Dalai Lama, Mother Teresa and other religious leaders.

The Sant'Egidio organization uses as it's symbol the dove with an olive branch in it's mouth with a rainbow background. A stylized adaptation of that image was created as a logo for the event:

In saner times this image would evoke the Biblical story of Noah and the Ark, but these are insane times where such an image is intended to represent the Talmudic 'Noahide' Laws.

In 2001 Rabbi David Rosen (who has since been knighted by Benedict XVI), speaking at the at the 2001 Sant'Egidio Summit, waxed ecumenical on the Noahide Laws. See:

Religions and Civilization in the New Century

Where else does Noachida, syncretism and the tessellated game board come together as they do at the Sant'Egidio event? 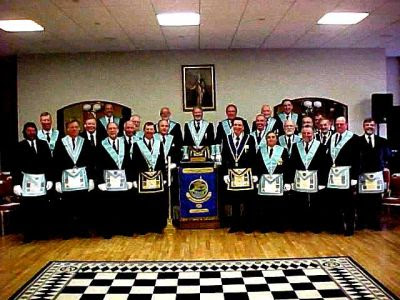 Posted by Maurice Pinay at 3:11 PM