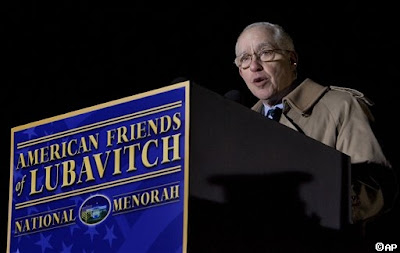 Attorney General Michael Mukasey, speaks before lighting the so-called "National Hanukkah Menorah," on The White House Ellipse, Tuesday, Dec. 4, 2007, in Washington. The lighting of the menorah coincided with the the first night of Hanukkah. (AP Photo/Manuel Balce Ceneta) 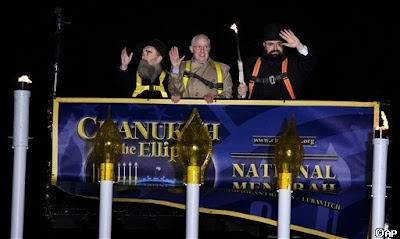 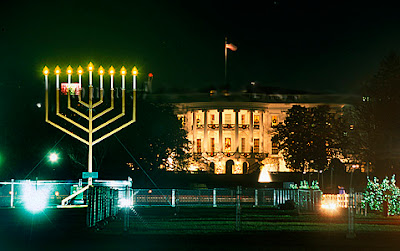 The Hanukkah Hoax
Posted by Maurice Pinay at 8:39 PM