The Rabbis' Anti-Black Teachings of Hatred in Practice

Judaic apologists for these reports are leading "goys" down a dead end, hairsplitting over the translation and etymology of the term "Cush" and whether this would directly translate to English as "nigger." This is besides the fact that a large percentage of Hebron settlers are from the U.S., speak English as their first language and have as clear an understanding of the meaning and use of the term "nigger" as any American.

Many settlers came from America, believing they were ordained by God to take back the whole of their biblical land, and if they cede ground in Hebron, then Jews could lose all of Israel. "We are the head of the spear," says Nomi Horovitz, "guarding not only Hebron but all of our country." ("Over Their dead Bodies," Time, Nov. 04, 1996)

There is no biblical basis for the anti-black racism demonstrated by these Israeli "settlers." The foundations of this racism is with the sages of rabbinic Judaism and their racist writings.

What we have here is a fine example of the dispensational, situation "ethics" aspect of Judaism at work. The Israeli "settlers" who today smear African people as "niggers" wouldn't dare use that term openly against African-Americans when they lived in Long Island, or Los Angeles. The Israeli dispensation is different than the "diaspora" U.S. dispensation. In the U.S. where Judaics are a small minority they form golems out of the many "tribes" and pit them against each other thereby strengthening their "tribe" and weakening the others. This is why in the U.S., African-Americans can often be seen with a rabbi's arm around them, kosher-approving them and empowering them, granting them nearly the same P.C. protected status that Judaics themselves enjoy. 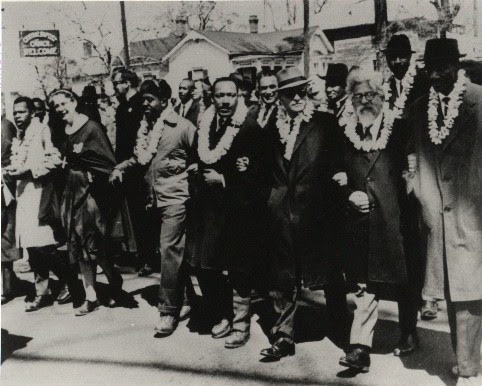 But in Hebron, where Judaics are an empowered majority and the other tribes are already weakened and disadvantaged, the traditions and mandates of Judaism, which might otherwise cause a backlash if practiced openly where Judaics are a minority, come to the fore.

This dispensational system is clearly laid out by Moses Maimonides in the Mishneh Torah Avodat Kochavim where he mandates that Judaic doctors are forbidden from offering medical attention to dying non-Judaics, even for pay, plain and simple. But what is a Judaic doctor to do if following this crazy, racist mandate were to cause him difficulty or cause "The Jews" to be viewed negatively, say in a nation of empowered "Gentiles" where Judaics are a minority? Maimonides has accounted for this: ' ... but if you fear him or his hostility, cure him for payment, though you are forbidden to do so without payment' (cf Shahak, Jewish History, Jewish Religion) and see:

Such base tribalism, insane situation ethics and deception from these "covenant people," "eternally persecuted," "elder brothers in the faith" is unfathomable to most non-Judaics, particularly Christians. Today, the Vatican and most western authorities are complicit in perpetuating this confusion.

Not only do they serve long and tiring hours in the reserve forces, and not only are they forced to deal with violent clashes with settlers, but now, Border Guard officers of Ethiopian descent are also faced with rising racism.

"Niggers don't expel Jews! This isn't what we brought you to Israel for!" are just some of the degrading slurs Border Guard officers reported hearing from masked settlers.

"I just didn't know what to do with myself," he said.

And it turns out this was not the only such incident to take place. Another officer reported that while arriving to make an arrest about a week and-a-half ago, a group of youths verbally attacked him saying, "Who told you to come and evacuate us? You Ethiopians. What are you, this State's niggers? Olmert's niggers?"

The officers said they were deeply offended by these remarks, but stressed that the ones making them were settler youths coming from outside of Hebron, and not the residents of the Jewish settlement or Kiryat Arba, who have treated them with respect.

Border Guard sources reported that racist remarks were also made against Druze soldiers. "We knew that this would happen so we instructed our officers in advance," said a source.

"We harshly condemn those extremists that bring a bad name to an entire public by using racial slurs against Border Guard fighters that spend night and day protecting residents of the West Bank.

"As part of the preparations for the mission the fighters were instructed to ignore such comments and carry out their mission with the utmost professionalism."

Even though they called him "white" and bemoaned "white" racism, Mickey Richards (of Seinfeld fame) let-her-rip last year in LA. Many blacks also grew tired of the Jew always insinuating themselves into the '60's civil rights movement (not to mention controling the black leadership with Jewish whores) and the Jew had the gall to accuse the blacks of "anti-semitism." Or the scene in "Amistad" when the Jew has the imprisoned black man broken-hearted over the plight of the Jew.

There is no end to Jewish b-llsh-t.

Now an Eileen Bernstein instictively(from the lizard part of her brain) knows to do something shocking:

But, she's sorry and anyway, "white" people are to blame...

"Rev'd up," inferring that this woman is a "lizard," even despite her despicable actions, can certainly be interpreted as racism on your part. If your intention is to convey race-based criticism then that's hypocritical. If that's not your intention the valid points that you make are nevertheless marred by this and other off-color comments (ie "Jewish b-llsh-t") which also bring discredit to my efforts.

I invite on-topic, thoughtful comments from those who represent "our side." I hope those who take on that mantle do so with honor and respect for the honor of their fellows.

Sorry in all honesty, I meant no insult. We all have a "lizard" brain AKA "Amygdala," controls some of our baser emotive actions. Some people tend to give way to theirs more readily than others; Bernstein's actions are clearly an example of this (taping up two black girls...). But as for the BS comment, well, it is what it is. I agree though that we must avoid becoming what "they" are and to this end I pray for the conversion of Jews to Christianity regularly.