Heaven, earth and God Himself may pass away, but "The Holocaust" shall not pass away. (Gospel of Wiesel 21;33)

Jewish and Catholic leaders to discuss God and the Holocaust

A challenging dialogue concerning God and the Holocaust will be discussed by Jewish and Roman Catholic leaders on Monday, at the Eastern Michigan University Student Ballroom at 7 p.m. The public is invited to attend this free event.

Dr. Guy Stern, Ph.D., director of the International Institute of the Righteous of the Holocaust Memorial Center Zekelman Family Campus in Farmington Hills will discuss a Jewish point of view. This year, the Holocaust Memorial Center Zekelman Family Campus celebrates its 25th anniversary as America’s first freestanding museum dedicated to the memory of the Holocaust. The International Institute of the Righteous honors the thousands of non-Jews who saved or attempted to save at least one Jew, with the knowledge that they were putting themselves in danger by doing so. As is quoted on the museum’s Web site, “As it said in the Talmud: ‘When someone saves a life, it is as if that person had saved the whole world.’” [This falsification is set straight HERE, MP.]

The Jewish/Catholic conversation, entitled “Did God Survive the Holocaust,” will be presented by Hillel at Eastern Michigan University and by Holy Trinity Catholic Student Parish. The moderator of the dialogue will be Dr Martin Schichtman, professor of English, and co-sponsored by the Division of Academic Affairs; the College of Arts and Sciences; the Department of Communication; the Media and Theater Arts; the Department of History and Philosphy; the Department of Sociology, Anthropology and Criminology; and the Department of World Languages.

... the Holocaust and our contemporary evolutionary consciousness force upon us a major reformulation of our understanding of divine and human agency. In speaking of the need to rediscover a compelling God as the ground of post-Holocaust ethics, I believe I am close to the stage Elie Wiesel has reached as he has probed the depth of the Holocaust these many years ... Wiesel hints that after all is said and done, the Holocaust may reveal that divine and human liberation are very much intertwined, and that, despite continuing tension, both God and humanity yearn for each other as a result. In consequence of this linkage, Wiesel is prepared to say that human acts of justice and compassion help to liberate God, to restore the divine image as Fackenheim has put it ... (Fr. John Pawlikowski, "Thinking About God After Auschwitz," Good and Evil After Auschwitz, pp 62-63)

And while Emil Fackenheim may have said that human acts "restore the divine image" it was the rabbis of Judaism who first concocted that pantheist concept, Tikkun HaPanim ('repairing the face' of God).

Rabbi Pulls Back the Veil on Judaism's Paganism

The college [of St. Elizabeth's Holocaust Remembrance] observance will continue at 7:30 p.m. Wednesday, Nov. 11, again in the Dolan Performance Hall, where three internationally known theologians, Rabbi Irving “Yitz” Greenberg, the Rev. John Pawlikowski and the Rev. Henry “Hank” F. Knight, will discuss “Challenges and Opportunities in the Jewish-Christian Dialogue.” The event is free and open to the public. (Madison Eagle, Nov 6th)

Posted by Maurice Pinay at 12:13 AM No comments:


The Catholic and Jewish communities came together, Nov. 8, as eighth grade students from St. Elizabeth Seton were invited to attend the Kristallnacht convocation and reception at Temple Shalom.

Translated as “night of broken glass,” the ceremony marked the 71st anniversary of the night Nazi Germany launched its attack on Jewish citizens, breaking the glass in neighborhoods, businesses and temples owned by Jewish citizens and forcing families out of their homes.

“This is something in history that people need to know about,” said Melissa Keel, a member of the Catholic/Jewish Dialogue of Collier County, one of the event organizers. “I’m hoping the students will be able to converse with the survivors and that they will take that information back and share that with their schoolmates.”

The afternoon service included a procession of Holocaust survivors in a special candle lighting representing the six million Jews who died in the Holocaust, and the seven million others who were victims of Nazi aggression. Holocaust survivors also shared their stories with the attendees.

SES was the only school invited to the ceremony and school officials plan to incorporate the experience into an extensive Holocaust curriculum the school has set up for the students.

“Students at this age are more emotionally prepared to listen and learn about the events of the Holocaust,” says assistant principal Gina Groch. “We hope the students gain a more in-depth knowledge and understanding of the Holocaust, through the experience of coming together and learning with those of other faiths.”

The nine-week curriculum is organized by Patricia Lyon, a middle school language arts and literature teacher. Already, students have visited the local Holocaust Museum, watched a DVD interview of Elie Wiesel, author of “Night, Read Night” and “Anne Frank: The Diary of a Young Girl,” as well as researched reports and presentations and listened to oral accounts by local Holocaust survivors ... 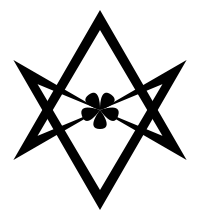 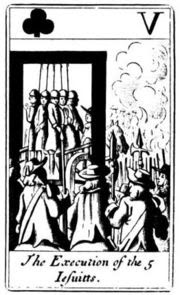 The Execution of the Five Jesuits
On the Contrary: The Hoodwink in Texas

"He was making outlandish comments condemning our foreign policy and claimed Muslims had the right to rise up and attack Americans," Col Lee told Fox News.

"He said Muslims should stand up and fight the aggressor and that we should not be in the war in the first place." He said that Maj Hasan said he was "happy" when a US soldier was killed in an attack on a military recruitment centre in Arkansas in June. An American convert to Islam was accused of the shootings.

Col Lee alleged that other officers had told him that Maj Hasan had said "maybe people should strap bombs on themselves and go to Time Square" in New York. (Fort Hood shooting: Nidal Malik Hasan 'said Muslims should rise up' ... Telegraph U.K. November 5, 2009)

Posted by Maurice Pinay at 3:43 AM No comments: