Why traffic in storybook depictions?

Cardinal Bea and the Pope himself met with Rabbi Heschel who confided to an Israeli reporter that his motive for making outrageous statements about 'going to Auschwitz rather than convert' was that he wanted to attack Christian souls. This is a well documented fact. And they made concessions to this hostile figure and the hostile organizations he represented in a Vatican II Council document. There are photographs of Heshel meeting Pope Paul VI in 1971 AFTER Heschel had made this admission of hostile intent which was well known in Rome.

There are photographs of Cardinal Shehan meeting with Zachariah Shuster (of the AJC and one of Malachi Martin's handlers) to discuss Vatican II; photos of Cardinal Spellman meeting with AJC directors. This barely scratches the surface of well-documented meetings that took place between Judaic organizations and their rabbis and cardinals and even the Pope leading up to Vatican II. There were many, many such meetings and they continue to this day, seemingly on a daily, or at least weekly basis.

Why do 'traditionalists' prefer the Malachi Martinesque, storybook version of history about 'a cold winter night sometime between 1962-63 when Cardinal Bea may have sent a representative to a mysterious meeting in a synagogue basement somewhere in Strasbourg which he neither confirmed or denied took place'? Why is this so much more alluring than the documented facts?

I believe what I've been told is true: there is an insufficient love for truth among these people. 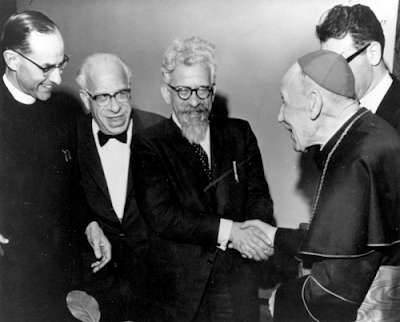 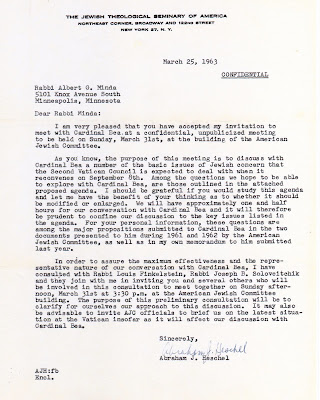 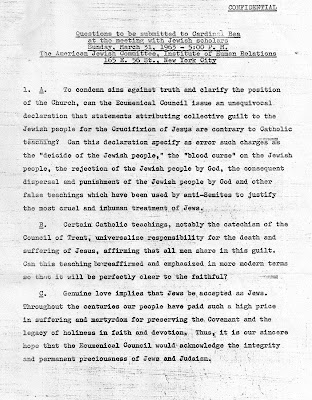 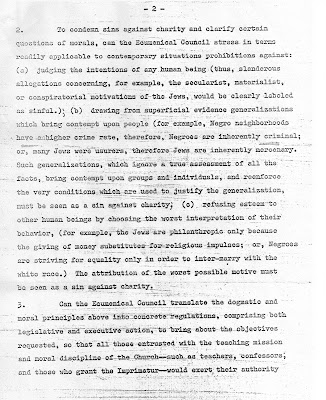 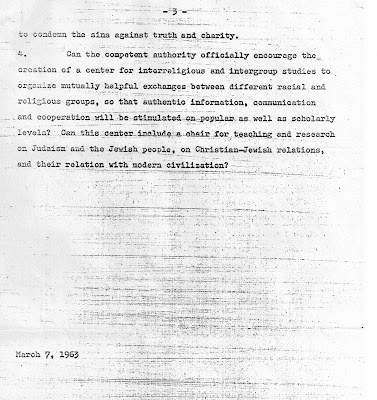 I recall hearing reports of this in 2005 from a person teaching English to schoolchildren in South Korea. This person also said that The Diary of Anne Frank is required reading in South Korean schools. The evangelists of double-standard 'Noahidism' in the East are primarily Chabad.

I suspect that much of this is based in awe and suspicious beliefs about Judaic power and wealth. Having nearly non-existant Judaic populations and little practical experience to base an informed opinion on, these people aren't learning real Talmud any more than 'Madonna' is. They're learning the P.R. version of Talmud intended for 'Noahide' consumption. The Palestinian people have much practical experience with actualized 'wisdom of the Talmud.'

As I understand, Judaism and Zionism are not as highly regarded in Japan.

China (re)Discovers the Business Wisdom of the Talmud
Posted by Maurice Pinay at 7:07 PM 4 comments:

Budget Crisis? There's always billions for the U.S. to Police Libya and the Planet

A Historical Overview of the 'Holocaust' Racket

Posted by Maurice Pinay at 2:17 PM No comments:

Meet Ireland's new Minister for "Justice, Equality, Defence," Immigration and much, much more. What wide-ranging powers this fellow will possess in the brand new, consolidated office he's stepping into:

Meet our man in the Dail

Lawyer Alan Shatter, Ireland's only Jewish member of parliament, has become Minister of Justice, Equality and Defence in the country's new government.

The new prime minister, Enda Kenny, has appointed Mr Shatter in his coalition of the centre-right Fine Gael and the Irish Labour Party. Mr Shatter is MP for Dublin South, where most of Dublin's Jewish community live.

He is the author of many Private Member's bills which were subsequently enacted into law in Ireland, particularly in the areas of health, sport and justice. He is also former president of the Irish Council Against Blood Sports. [But is he against kosher slaughter?]

A staunch supporter of Israel, Mr Shatter clashed repeatedly during the Gaza incursion in 2009 with the Sinn Fein MP Aengus Ó'Snodaigh, who claimed that Mr Shatter and the Israeli ambassador to Ireland had exposed Parliament's foreign affairs committee to "propaganda, twisted logic and half truths" [Shatter, an apologist for the 'Israel' 'Defense' Force's white phosphorus holocaust of Gaza civilians, simultaneously pushes prison sentences for "Holocaust deniers."]

Irish Leaders Castigated As Greatest Traitors Of All Time
Posted by Maurice Pinay at 10:07 PM 9 comments:

From the European Platform for the Academic and Cultural Boycott of Israel:

Shikun and Binui is expanding the illegal settlement of Ramot in occupied East Jerusalem, whilst its subsidiary company and contracting arm for HCH Solel Boneh is listed by the Israeli Ministry of Defense as a supplier of construction elements for the construction of Israeli military checkpoints in the occupied West Bank.

Shikun and Binui is a subsidiary of the Arison family empire controlled by Ted Arison's daughter Shari Arison.

Shari Arison owns Bank Hapoalim, the largest bank in the Israeli state.
Posted by Maurice Pinay at 11:47 AM 3 comments: