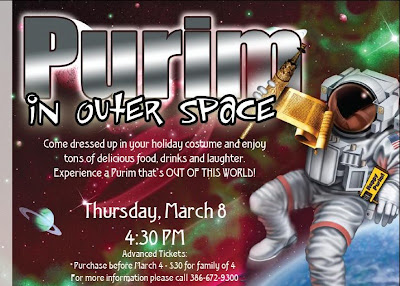 
The keys for decoding the Chabad deceptions in the following report are as follows:


"It is incumbent upon the individual to drink on Purim until he can no longer distinguish between praising Mordechai and cursing Haman." (Babylonian Talmud, Megillah, 7b)

"If we see that a Gentile's life is in danger, we should not save him." (Mishneh Torah, Hilchot Avodah Kochavim, 10:1)


These ungodly precepts of Orthodox Judaism are published on Chabad's own website HERE and HERE. Evidently, they are put into practical use.

Non-Judaic people, especially Christians, have been bashed over the head with guilt for 60 years for allegedly not doing enough to save 'The Jews' from 'The Holocaust' when the holy books of 'The Jews' tell them not to save the lives of non-'Jews' when they are in danger. The double-standard is so outrageous, it's inconceivable to most people.

People, wake up. Your alleged leaders are forcing relations with the followers of these depraved traditions. There could not be more treacherous direction than this.

ORMOND BEACH -- A man who was drinking at a Jewish holiday party was found dead in the parking lot of the center where members left him to sleep, police said Wednesday.

Jesse Allen, 28, who moved to Ormond Beach from Meadville, Pa., in November, was found dead Friday morning by the rabbi of the synagogue, a police report shows.

"It was a death that is apparently related to a possible alcohol poisoning," said Ormond Beach police Lt. Kenny Hayes. "There is nothing suspicious about the death."

An autopsy was completed Tuesday, but police are awaiting toxicology test results to determine what killed Allen, Hayes said.

Allen was at a party at the Chabad Lubavitch of Greater Daytona at 1079 W. Granada Blvd., the night before he was found dead, Hayes said.

Rabbi Pinchas Ezagui, 46, said in a telephone interview that at least 100 people were celebrating Purim, a Jewish holiday in which people dress up in costumes.

"It was a very joyous party, a party for family and children," Ezagui said.

Purim is a festive Jewish holiday recounting the deliverance of the Jewish people from an extermination plot by Haman, as recounted in the Bible's Book of Esther. Along with a festive meal, heavy drinking used to be part of the tradition, though that is officially discouraged now, according to the website meirpanim.org ["officially" heavy drinking is said to be discouraged in P.R. material directed towards the public, but this is not so in actual practice].

Ezagui said alcohol was not served at Thursday's party, though some families brought alcoholic beverages with them.

"We don't serve it, but there is a bottle here and a bottle there," Ezagui said.

The rabbi told police he saw Allen come into the building for the party about 8 p.m. Thursday.

Later, Ezagui saw Allen was intoxicated to the point that he had urinated in his pants, the report states.

A member of the Jewish group, Igor Nikomarov, 24, escorted Allen out of the center. Nikomarov left Allen on the grass to sleep his drunkenness off, police said. Nikomarov did not return a reporter's call seeking comment Wednesday.

"It is a very unfortunate situation," Ezagui said. "We don't know the guy. He is not of the Jewish faith."

Allen's mother, Lynn Allen, said her son loved Jewish tradition and in an email he told her he was excited to go the Purim.

She said her son loved to play drums and guitar and "sang like an angel and composed praise songs." She will always remember her son as a giving and helpful person. Just before he left Pennsylvania, Jesse Allen gave his bicycle, his only means of transportation, to an Afghanistan veteran who had been on three tours in the war, his mother said.

Lynn Allen said her son was working on overcoming a problem with alcohol and she thought he had stopped drinking recently. She was struggling to understand why her son was left on the grass after the party.

"It's not the rabbi's fault that my son drank," Lynn Allen said. "But as a community we look after each other and in Pennsylvania we are struggling to understand why they left him there."

Posted by Maurice Pinay at 1:26 PM

We must explain to his grieving mother why they let him die. She must go to court.

Had they called an ambulance, he might still be alive.

What kind of people attended this function? You couldn't offer someone a ride home, call an ambulance or maybe the police... Who invited this "Gentile" to the party & then left him to die on the grass??? Someone needs held accountable!

I know a few goyim noahides.You all must understand these goyim are brainwashed.They (noahides) are very happy being serfs to the jews noble.It makes them feel special,unique, smart , and hip.Trust me I know these noahides very well.One of them told the Vatican has always been corrupt.As a catholic holding the sedevacantist opinion,I asked this person why the last 4 popes denied Christ and bowed before and worshipped with jews.Reminding this person anti pope Paul 6 wore the jewish ephod,they were utterly speechless and our "friendship" hasn't been the same since.