In 2010 it was revealed that Bishop Fellay's lawyer and business partner, Maximilian Krah attended a fundraising event for Tel Aviv University. Another attendee at that event was a man named Oren Heiman. Oren Heiman is a classmate of Maximilian Krah at EMBA-Global which was analyzed HERE.

From Friends of the 'Israel' 'Defense' Forces we find that Zionist fanatic, Maximilian Krah accepted the invitation of Zionist fanatic Oren Heiman to visit a base of the "Maglan*" special forces unit 212 of the Israeli military:


When Oren Heiman decided to get married in the desert in ... Israel, he wanted to celebrate with all of his friends. Oren, a lawyer at Shibboleth [boutique law firm] who spends much of his free time involved with Jewish philanthropies, is also studying in an executive MBA program at Columbia and he invited his classmates, many of whom had never been to Israel ...

His friends gathered from all across the world, and Oren invited them to join him on a base visit with the Maglan unit, a special forces unit of the IDF. The group met the Master Sargeant and several combat soldiers from the unit, and they had the opportunity to try on uniforms, practice climbing ropes, visit the firing range and the tanks and observe soldiers in training.

Oren’s guests ... came away with a clear understanding of the important work of [Friends of the 'Israel' 'Defense' Forces] and the need to support the soldiers.

In the images below, dated Apr 14, 2011, we see Maximilian Krah, among other things, happily wearing the uniform and beret of the "Maglan" special forces unit of the 'Israel' 'Defense' Force and waving a 'victory' sign. 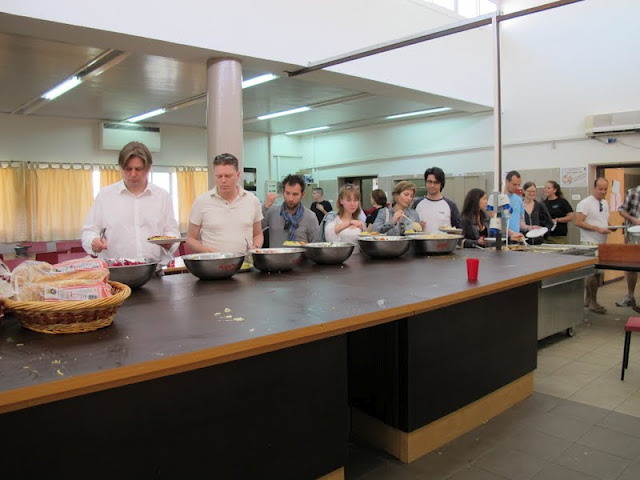 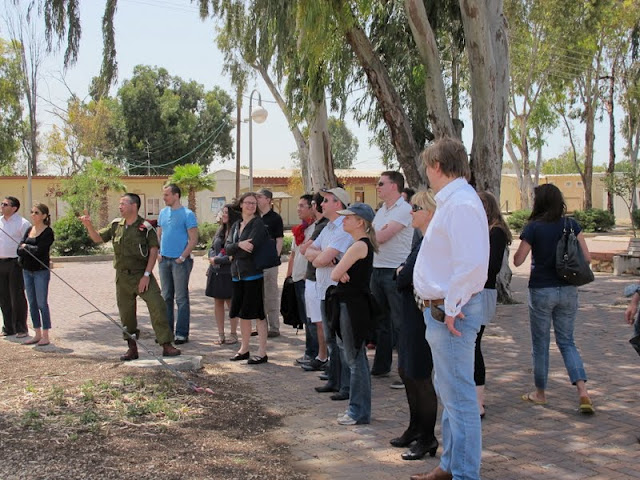 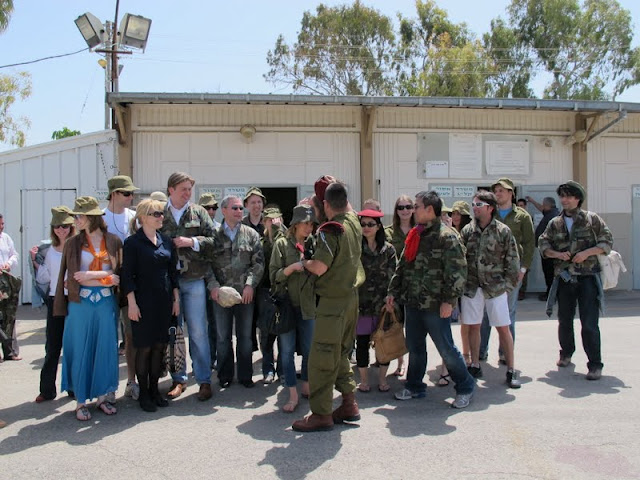 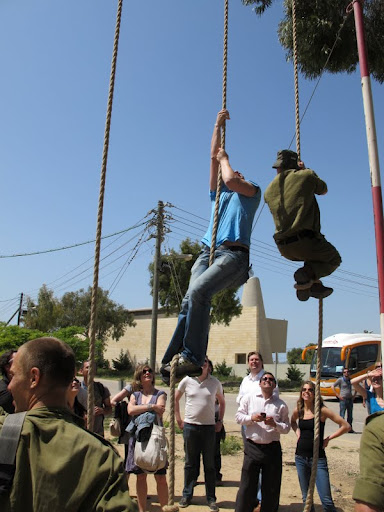 *Maglan is Hebrew for Ibis, the bird of much occult significance, particularly for it's association with the Egyptian god Thoth who was depicted as having an Ibis head.
Posted by Maurice Pinay at 6:51 PM

Excellent investigative reporting of a very worrisome development. Bishop Fellay must repudiate Krah and terminate the SSPX's relationship with him. If not, one must ask whether the hierarchy of the SSPX under Bishop Fellay is a kind of Israeli agency?

In view of:
(1) the scrubbing of Magisterium on "the Jews" from SSPX websites,
(2) Bishop Fellay's kowtowing to Shoah business,
(3) his importation of "Elder Brother" terminology,
and
(4) Krah, his court Zionist and usurer, what doubt can there be that incremental Judaizing is affecting the SSPX?

Let us pray for counter-reformation and ouster of the guilty at the July General Meeting.

Meanwhile let us keep our wallets in our pockets!

To Diego’s list of SSPX misprisions one should add the article in the December, 2009 “The Angelus” entitled “Saint of the Sanhedrin.”

This essay contains very serious errors and its tenor is one with the judaizing absurdities of Pope John Paul II and Pope Benedict XVI. On the strength of one erroneous and nonsensical statement in the 1912 Catholic Encyclopedia (“It was the method of the school of Shammai rather than that of Hillel which Christ condemned”), the author, Scott Montgomery, spins a tale remarkably consonant with the teaching of Orthodox Judaism concerning Hillel the Pharisee.

Mr. Montgomery goes so far as to impart the following fabulous enormity concerning Hillel: “...he served as an instrument of Heaven.”

In fact, Hillel the "good Pharisee" established the utterly depraved and barbaric principle that sex between a mother and her son does not actually qualify as sex, if the son is less than nine years-old (cf." Judaism Discovered," pp. 424-425).

Shmuel Safrai points out (in "The Literature of the Sages," Part One, p. 164), that in the Talmud's Gittin Tractate, the Talmud nullifies the Biblical teaching concerning usury and money-lending: "Hillel decreed the prozbul for the betterment of the world. The prozbul is a legal fiction which allows debts to be collected after the Sabbatical year and it was Hillel's intention thereby to overcome the fear that money-lenders had of losing their money.”

In “Saint of the Sanhedrin,” the “Angelus" presented rabbinic delusions as fact and promoted the wicked Pharisee Hillel as a virtual holy man of God.

My letter of correction was not published by the “Angelus" and other SSPXers were largely unperturbed by the “Sanhedrin” article, since it was approved by the SSPX and therefore in their minds it had to be orthodox.

Many in the SSPX transferred infallibility from the pope to their Superior General based on the notion that he had the “grace of the Holy Spirit” to guide him.

They are paying now for their blind faith.

The fact it is a Confraternity means it is a fraternal association not a religious order with its hierarchical line management. Archbishop Lefebvre did not want the Superior to be a Bishop, as I recall. This had something to do with their situation with Rome. Many SSPX lay and clergy have the wrong idea about his capacity to do as he pleases - such as ignoring the three bishops and implementing his Roman agenda in with documents only read by him. What a nerve! The Archbishop envisaged the bishops would be gathered around their Superior dispensing the Sacraments, as he descibed it. There was never the idea that the Superior would hijack The SSPX and take it into a personal prelature while treating his bishops as though they were mindless ancillaries.

I notice only one or two informed bloggers on Rorate Caeli where this issue is intensively followed, know this while everyone else thinks he is a pope-type of The Society: a fitting testimonmy to the general ignorance of people who see themselves as traditional Catholics. No wonder the enemy within is having a field day.

The SSPX is being judaeised and Novus ordoised. Same phenomenon is it not?

Rorate is a Judaized echo-chamber for Menzingen.

"New Catholic" and "Jordanes (likely Prof. Ralph Mathisen) censor all inconvenient evidence and all but the most oblique of criticisms. They allow a few timid criticisms simply to put a patina of "balance" on their idolatry of persons and synagogue.

"...Meanwhile let us keep our wallets in our pockets!..."

Support the Holy Priests of the SSPX that are being castigated and expelled for standing up for Truth.

I am traveling with one that is leading the charge against modernists Rome and the Bishop Fellay Regime.

Pray and do penance.

With our blood and with our souls we will defend the cross.