Without an 'existential' threat Counterfeit Israel would collapse in one month 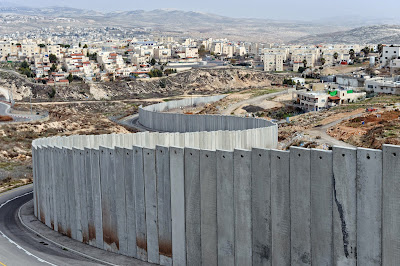 
Very few of the 'secular,' 'Communist' 'Jews' who founded the nation they call 'Israel' were removed from the rabbinic ghettos and shtetls of Europe (which were imposed upon them by the rabbis, with the cooperation of Christian nobility) by even a generation. Counterfeit Israel and its ghetto wall are direct manifestations of the protection racket of rabbinic Judaism. Without real or imaginary 'existential' threats Judaism and its direct, ideological descendant, Zionism fall apart.

The representative of the Jewish minority in Iran’s parliament (Majlis) has recently given an extensive interview to one of Iranian news agencies and discussed his different viewpoints regarding the Israeli regime and the way the Jewish community of Iran see the state that proclaims to be representing the global Jewry.

According to Siamak Mareh Sedq who has talked to the Fars News Agency, Tel Aviv needs to create crisis in the Middle East in order to survive. “If Israel faces no threat it will be destroyed within one month. Israel needs (regional) crises in a bid to continue its existence,” he said.

This wise and precise analysis is exactly what the audacious commentators, intellectuals and journalists in the West who dare to criticize the policies and practices of the Israeli regime without fear of losing their jobs or being vilified as “anti-Semites” agree on. This is something that even the Israelis know well and confess to. An anonymous Israeli official once had privately told the president of the National Iranian American Council Trita Parsi, “You have to recognize that we Israelis need an existential threat. It is part of the way we view the world. If we can find more than one, that would be preferable, but we will settle for one.”

The fact that Israel needs a serious existential threat to secure its survival and depends on regional crises to make sure that its existence will not be undermined and can go ahead with its colonial, expansionistic projects and ambitions is no closed book to anyone studying the history of this regime.

Posted by Maurice Pinay at 6:05 PM

This article reminds me of this quote...

"When the tyrant has disposed of foreign enemies by conquest or treaty, and there is nothing to fear from them, then he is always stirring up some war or other, in order that the people may require a leader."