If, among other things, Judaic babies were being shot in the head and Judaic homes were being bombed by the thousands along with refugee shelters and hospitals full of 'Jews' in an ongoing massacre as is happening to the Palestinian people, Pope Francis' response would not be to organize a soccer game. You can bank on that.

Every onlooker, but most of all the Palestinian people, should be insulted in the extreme by this morally depraved, anti-Gospel, crass act.

The Francis papacy is the direct equivalent of the presidency of Barack Obama, morally vacuous and depraved fraud in every regard, exposing the multicultural, liberal humanitarian establishment for the Zionism-serving boondoggle that it has always been. 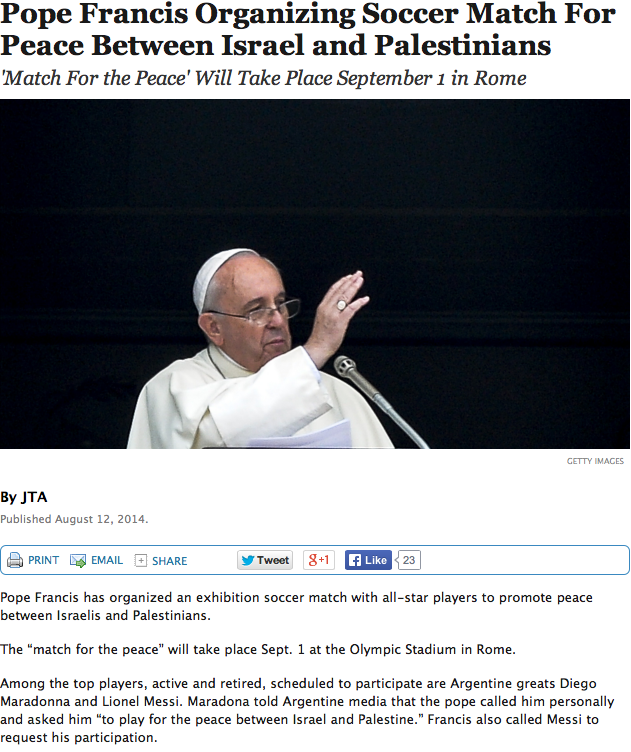 Posted by Maurice Pinay at 9:35 PM

Is the Olympic Stadium also known as the Roman Colosseum? A seriously unserious prayer. Excruciatingly embarrassing.

Calling this man a useful tool is simply too kind. What a horse's hind end.

His Talmudic 'friends' whom he consults and fawns at the Casa Marta must be secretly laughing their heads off.