The Grouch who raped Christmas 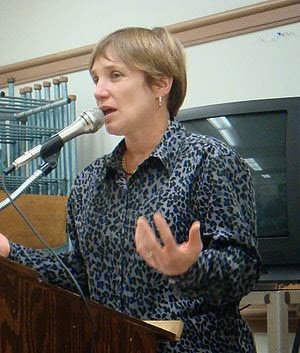 Christmas 2014, a bolshevik psychologist demonstrates the Hasidic root of progressivism by mocking the Virgin Birth by way of Salon and AlterNet:

Why rape is so intrinsic to religion

She has an acute sensitivity to Judaic fables however, suggesting that modern Zionist terrorists should be given slack because 'they personally dragged bodies out of gas chambers and buried them in trenches' (evidence, dear religious cynic?). This act of faith in East European peasant gas chamber fairy tales comes from a woman whose life's ambition is to trash everyones faith; all faiths except the only remaining religion in the agnostic West, Holocaustianity.

Consistent with the genocidal, anti-goyite agenda of 'Frankfurt School' progressivism, she labors to makeover abortion as a "moral, spiritual imperative;" "a blessing, grace, a sacred gift."

So in summation, this atheist liberal progressive is on a crusade to conquer Christianity and prop up Holocautianity with its holy sacrament of abortion in its place. Truly, she has no god but the rabbis.

The rabbis mock the Virgin Birth

The Hasidic root of progressive liberalism

The Hasidic 'modernist' attack on the non-Judaic family

Sigmund Freud Was A Member of B'nai B'rith

Posted by Maurice Pinay at 3:37 PM

The comments on the article by Tarico are quite interesting and worth a few minutes.

Empires tried to conquer Christ, God is not in the habit of losing battles.Those who work at the destruction of Christianity ,only succeed at destroying themselves.