'Pope Francis singled out John Kerry for a handshake' 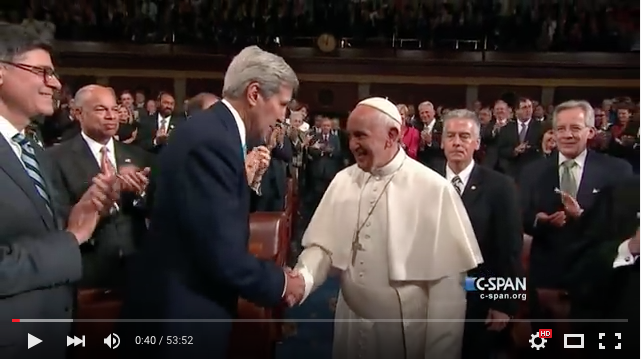 John "Kerry" is reportedly a descendant of a brother of 'the Maharal' of Prague, Rabbi Judah Loew, of Golem fame on his father's side of the family. His maternal ancestors (Forbes-Blackwell-Mathers-Clark) amassed great wealth in the opium trade working for Russell & Co. and the Shanghai Steam Navigation Company and were involved in the 'Opium Wars' which involved British military enforcement of the family business; exporting the wealth and resources out of China and importing opium into the vacuum. John Kerry's great grandfather, Francis Blackwell Forbes was president of the Shanghai branch of the Royal Asiatic Society, players in the 'Great Game.'

"Kerry's" father Richard John "Kerry" attended the Phillips Academy at Andover and Yale and received a law degree from Harvard. John Kerry attended St. Paul's Academy and Yale where he was a member of the Skull and Bones secret society. Kerry's Judaic paternal grandparents (Kohn and Lowe) changed their surname to Kerry, 'converted to Catholicism' and pretended to be Irish Catholics. We're led to believe that "Kerry" was "surprised" to "learn" of his Judaic ancestry around 2003. Anyone who believes that a Skull and Bonesman was unaware of his patrimony beyond one generation is extremely gullible. This is an environment of obsession with illustrious ancestry, wealth and power; crypto-royalty in a nation which makes a great show of being repulsed by such things.

This only scratches the surface of the impeccable cryptocrat bona fides of abortion enthusiast John "Kerry" which he upholds in his exploits in Ukraine, Syria etc. "Kerry" is an heir of many centuries of expertise in predation and intrigue and 'humble' Pope Francis of the 'poor Church for the poor' 'singled him out' for a handshake as he processed down the aisle of the U.S. Congress. 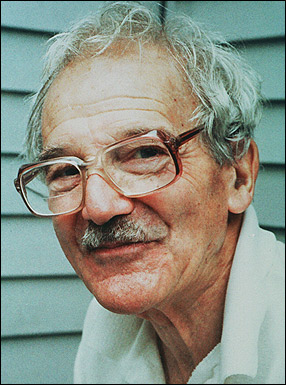 John Forbes-Kohn "Kerry" allegedly believed that this man, Richard John Kohn "Kerry," his father, was of Irish descent until 2003 when he "discovered" he was a 'Jew'.
Posted by Maurice Pinay at 11:28 PM

That applies to Francis just as well as "Kerry."

Yes, if he's an anti-pope, he's nothing more than a politician.

Kudos for a fine genealogy and biography of another dynastic vampire.

Bergoglio was the chosen man in 2005, but missed out. Immediately after Benedict was elected, a huge coordinated media hate campaign began against him began. Rothschild shills such as the homosexual pro-paedophile campaigner Peter Tatchell was feted by the Zio-media for proposing to have Benedict arrested for crimes against children. The modernist Cardinal Daneels is now boasting of having plotted with cohorts Cardinal Kaspar and the late Cardinal Martini to make sure Bergoglio was elected second time around. The whole project was coordinated with the help of shills in all sections of the Church - including the Traditionalists - who are only too eager to believe ANY allegation the pro-paedophile Zio-Masonic media hurl at priests and religious - living and deceased.

Northsider: you are correct in your observation of a media hate campaign against Benedict XVI. Here is what the late unlamented and hideous Jewess, Clare Rayner had to say about him:

I have no language with which to adequately describe Joseph Alois Ratzinger, AKA the Pope. In all my years as a campaigner I have never felt such animus against any individual as I do against this creature. His views are so disgusting, so repellent and so hugely damaging to the rest of us, that the only thing to do is to get rid of him.

I, personally was not a fan of Josef Ratzinger. He was very far from being the "conservative extremist" which the media liked to portray him as being. He was a peritus at Vatican 2 and a dyed in the wool modernist. however, he exuded a sufficient aura of conservatism to give the media excuse to attack both him and the Church.