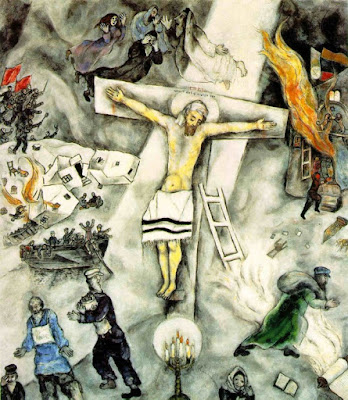 The Title of the book that you cited From Rebel to Rabbi: Reclaiming Jesus and the Making of Modern Jewish Culture,, says it all.. 'Look What They've Done to My Lord'.

A person who is fairly trusted about research into the inordinate influence of Jews said that 95% of the world's Jews are Orthodox Jews. Can this be close to true?

Not to my observation. It will eventually be true at the current trajectory of birthrate disparity between Orthodox and non-Orthodox, Chabad proselytism and 'Christian' adulation of Judaism.

The talmudists don't really need superiority in numbers to overwhelm the rest of the world. They own the money system so it's all a 'done deal'.

I found this blog and thought it indicates exactly where most of those who call themselves 'jews' stand in regard to the goy and it also speaks to what they've done to, in masonic parlance, 'make it so'.

Of course, if a Catholic were to use talmudist icons to poke fun at or to speak a truth about talmudists, that would be grounds to call the person an anti-semitic hater.

His very short review of a book about Pollard calls the book 'shoddy, self-serving, and misleading'. He claims to have worked to lobby on behalf of Pollard's release. And he perfunctorily proclaims 'the new enemy' as being the 'Islamic axis'.

Thanks Maurice Pinay. Perhaps he meant that 95% self-classify as orthodox despite (whatever}. In 'progressive' societies the others are greater in number. But yes 95% is a stark calculation. Perhaps I misheard. I'll try to retrace this talk. You are surely right about the trajectory. There is no question that duplicitous Judaics in the popular mind of modernity have hijacked our Jesus.

No I didn't mishear. He refers to "anti-Zionist" Jews being promoted as "real" Jews/Torah Jews, and says Torah Jews are a miniscule sect. He obviously differentiates Torah Jews and O or o O (o)rthodox Jews who are 95% of world Jewry (he said). In another talk he says 99% of synagogues support Israel (Zionism). Well I don't know but as I say he is fairly trusted and very dedicated to exposing world Jewish 'supremacy'.