Judeo-Christian 'brotherhood' is a fraud

The charity and mercy inherent to brotherhood demand fraternal correction of a brother who errs. We witness much 'correction' in the 'relations' between Judeo-Christian 'brothers' but only in one direction. This is not because only one 'brother' errs, nor is it the case that the 'brother' exclusively delivering the 'correction' does so from a position of correctness. It's a self-evidently unequal arrangement; an unequal yoking.

Despite the dishonest sloganeering surrounding it, Judeo-Christian 'brotherhood' is evidently not brotherhood; not fraternity. It's a master-subject relationship and an extremely dishonest and ungodly one at that.

That old crypto-rabbi Cardinal Martini was refreshingly plain when he called 'the Jews' "our superiors," although his presuming authority to place Christians under the authority of the rabbis is laughable.

Such imposture, this relations with 'the Jews.'
Posted by Maurice Pinay at 12:03 AM 3 comments:

"Talmudic Judaism is anti-Christian;" The Aleinu prayer "serves to indicate the Jewish rejection of Jesus"

Following a lead from the excellent http://winstonsmithministryoftruth.blogspot.com

We recently pointed out that the pious Orthodox 'Jews' who burned the Church of the Multiplication in Galilee spray painted a phrase from the Aleinu prayer on the wall of the church.

The two most fundamental prayers of reactionary rabbinic Judaism, the Shema and Aleinu, both 'affirm' Judaic rejection of Christianity. 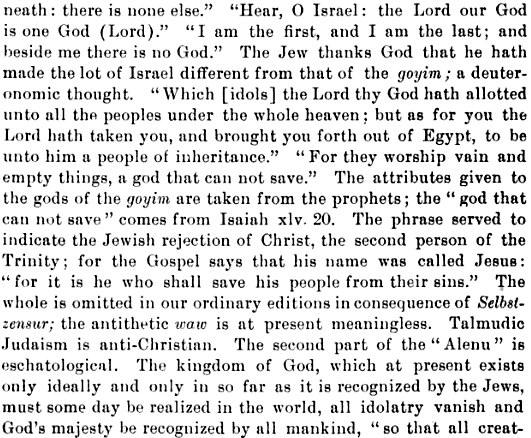 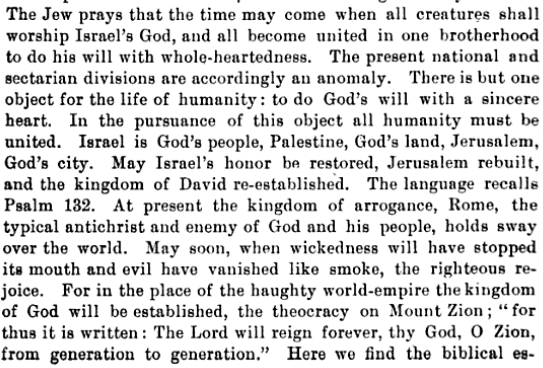 The Rotten Fruits Produced by Dialogue With Liars

Chabad Rabbi says Muslim invasion of Europe is 'excellent news' because "Edom" (Catholicism) must be destroyed before "Messiah" can "return"
Posted by Maurice Pinay at 1:27 AM No comments: