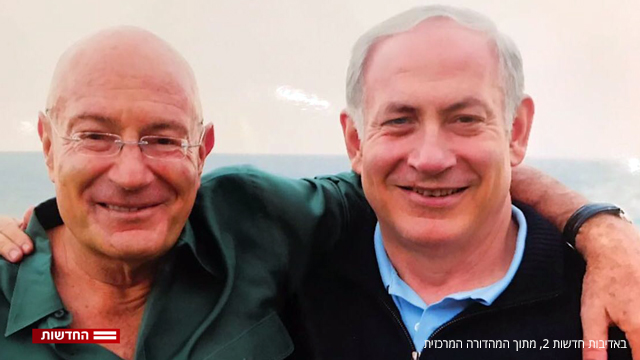 "On one family side we go back to [medieval talmudist] Rashi, on the other side we go almost to King David" [Anon Milchan] said. ("Producer Arnon Milchan's goal: Broker Mideast peace," Tom Tugend, Jewish Journal,Sept. 25, 2008 ) https://jewishjournal.com/culture/arts/66178/


I don't take seriously Jewish fables and endless genealogies, and I hope you don't either. Nevertheless, the people who do take these things seriously are causing us a great deal of temporal and spiritual harm on the basis of these fables and genealogies. Let's take a look at one such figure, Arnon Milchan, among other things: Israeli billionaire, Jewish spy, Hollywood film mogul, nuclear weapons procurer for the Jewish state.

As noted above, Arnon Milchan claims illustrious rabbinic ancestry on both sides of his family. His family is included in The Unbroken Chain, Neil Rosenstein's genealogy of the descendants of the Katzenelnbogen rabbinic dynasty which we have noted is tacitly endorsed by David Rene James de Rothschild, the head of the Rothschild banking empire (until he passed that position to his son Alexander last year) and governing board chairman of the World Jewish Congress whose family is included in this genealogy.


According to The Unbroken Chain, Arnon Milchan's Father was Dov Milchan, son of Esther (nee Schlank) and Haim Eliezer Milchan a founder of the Jewish settlement of Rechovot, Arnon's paternal grandmother, Esther Schlank's father was Rabbi Mordechai Schlank who, "was in charge of Kollel Habad and led the fight against Christian missionaries." 'Habad' is a less common rendering for the Hasidic sect usually Anglicized as Chabad. Fighting against Christian missionaries in the Holy Land is not all Arnon Milchan's rabbi great grandfather and his Collel Chabad (a 'charity' Hasidic mob front founded by anti-Goyimite extremist Rabbi Schneur Zalman of Lyadi) is about.

Below are the entries on the Milchan family from The Unbroken Chain in reverse order. 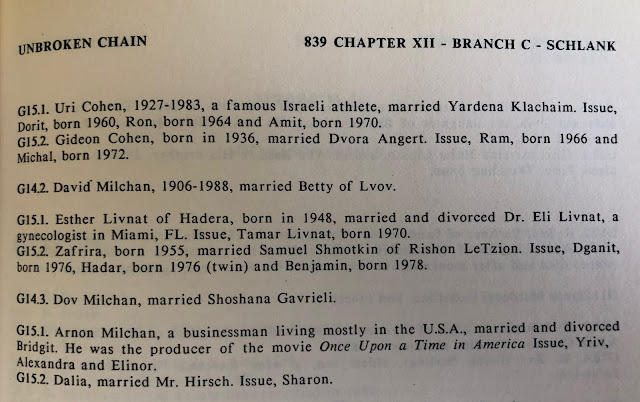 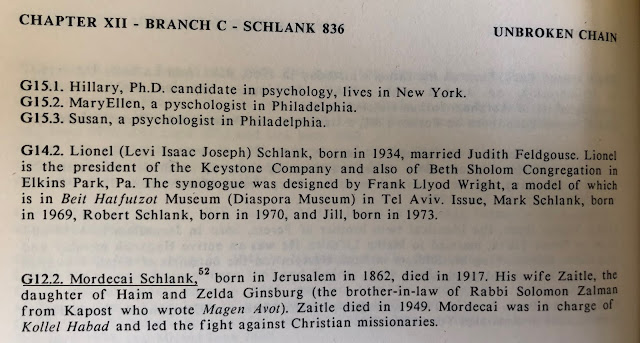 At the link below from a Chabad Judaica auction, I was blessed to find further documentation of Arnon Milchan's great grandfather Rabbi Mordechai Schlank's position at Collel Chabad. It states that Arnon Milchan's great grandfather, Rabbi Mordechai Schlank was appointed to run the Collel Chabad by the 5th Lubavitch Rebbe, Sholom Dovber Schneersohn himself. 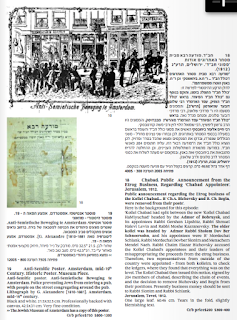 Posted by Maurice Pinay at 3:56 PM No comments: